G & A Engineering is structured to do applied research in the field of microelectronics for space and military applications. The research department is working with the scientific community from different disciplines to integrate their technology skills with those of basic research. In fact, the company, over the years, has enabled and successfully completed numerous research projects and collaborates systematically with universities participating in lectures in different Master or training courses for researchers and has acquired contracts with some of the most important research institutions, such as: ASI (Italian Space Agency), ESA (European Space Agency), NASA, CERN, INFN (National Institute for Nuclear Physics), INFM (National Institute for the Physics of Matter), INAF (National Institute of Astro Physics ).
G & A Engineering in fact, participated in the two largest experiments for physics in space worldwide, GLAST/Fermi, and AMS 02. At our plant in Oricola was, in fact, built the largest number of silicon detectors for space applications around the world! The company has also participated autonomously, with two successful experiments, two space missions of the Italian astronaut Col. Roberto Vittori: the ENEIDE mission carried out in 2005 with the experiment EST (Electronic Space Test) and the DAMA mission of 2010 with the experiment APE (Astronaut Personal Eye).
The studies done in the field of microelectronics for space have been rewarded by the success of these missions and it is from these successes that the G & A Engineering has continued its activities, seeking advantage of technology spillovers and technical-economic implications in the military and industrial applications. Just as an example, starting from the experiment EST, G & A has developed and patented a black box for use in terrestrial vehicles, for trace and monitoring of all the phenomena that occur, such as crash, with the dynamics of impact reconstruction, GPS position, detection of theft, rescue call, etc...
In this way, in these years of work and research, the G & A has collected numerous patents. 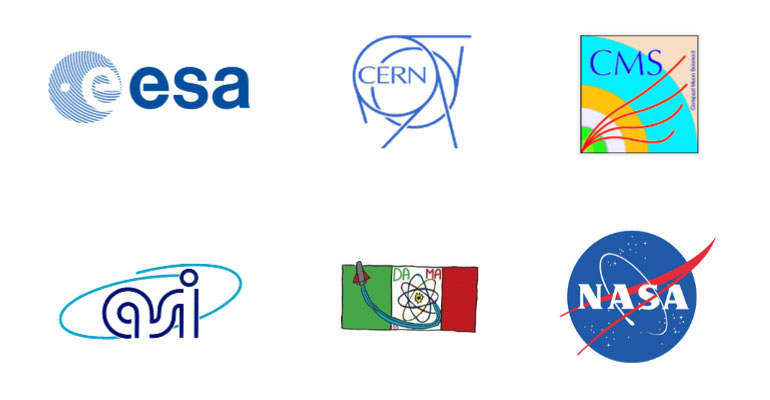 This website uses cookies to manage authentication, navigation, and other functions. By using our site, the user accepts that we can place these types of cookies on his device.